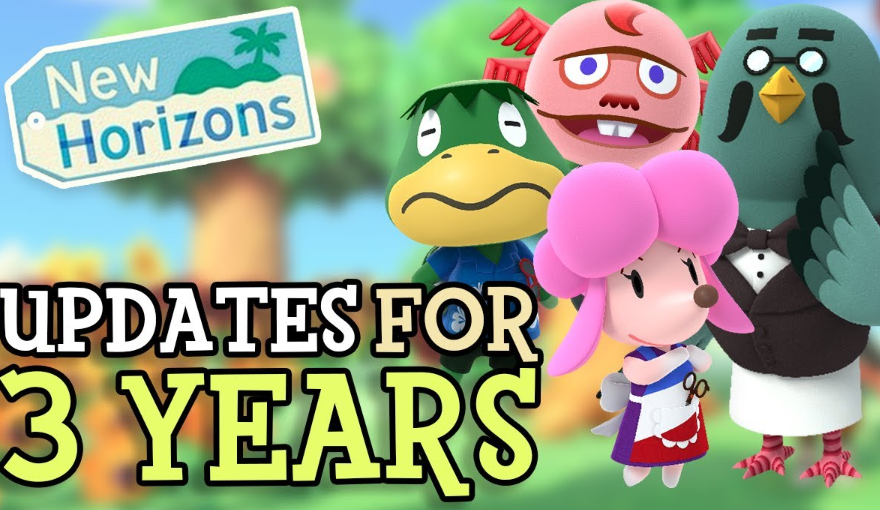 When I felt the pull of other new releases on my time, I gradually reduced my playing time until I eventually stopped altogether in August 2020, satisfied with the state of my island and overall experience up to that point. Recently, however, I made the decision to return to my virtual slice of paradise in order to see how Animal Crossing: New Horizons was faring and whether it was still worth my time to play it again. And, after returning home to my island for a few weeks, I'm left with a mix of emotions about the experience.

After all is said and done, I've enjoyed returning to Animal Crossing: New Horizons for the past few weeks, and if you enjoy relaxing games, it's still one of the best Nintendo Switch games available. However, the game is in desperate need of an ACNH update, and until Nintendo releases one that includes more goals to strive for as well as more varied content experiences. When Animal Crossing: New Horizons was released in March 2020, I, like the majority of the gaming community, spent a significant amount of time playing it. In contrast to the onslaught of harrowing news in the real world, the game's laid-back pace, beautiful graphics, soothing soundtrack, and peaceful vibes provided a welcome respite, and I took full advantage of the opportunity to escape. In the following months, I spent an hour or two each day cleaning up my island, upgrading and decorating my home, making money on the Stalk Market, going on island tours, and hanging out with the villagers on my island's main street.

On the one hand, everything I enjoyed about the game when I first played it is still present. The visuals and music in New Horizons are as beautiful as they have always been, and while it is not particularly exciting, completing the game's various forms of menial busywork is a pleasant way to unwind after a long day at work or after dealing with something particularly stressful. Decorating your island in Animal Crossing: New Horizons is more enjoyable than it has ever been before, thanks to the game's new landscape editing, path creation, and ability to place furniture outside of the house.

The Animal Crossing: New Horizons video game has also been updated with a ton of new items to collect and use over the course of the last year, and I've had a lot of fun getting my hands on as much of it as I can during my recent return. Expanding the number of available outfits and decorations is always a good thing, and I appreciate that Nintendo has continued to add new ones until at least the year 2021.

It's difficult to get back into New Horizons because of the lack of meaningful progression and variety in the content. On the other hand, the fact that Animal Crossing: New Horizons lacks meaningful progression systems makes it difficult to remain invested in the game for long periods of time. The fact that you're making progress towards goals over time is what ultimately makes Animal Crossing's slow burn approach to game design so satisfying to engage with on a personal level. This is something that Animal Crossing: New Horizons could take a page out of New Leaf's book and implement. It was in that game that you could only unlock certain community structures, shops, and events by spending time with villagers, decorating your town, doing favors for specific characters, and investing large sums of Bells in the game. In addition, there were five different upgrades you could unlock for Timmy and Tommy's item shop in the game.

The Able Sisters clothing store is the only shop you can unlock in Animal Crossing: New Horizons, and you can only upgrade Timmy and Tommy's shop once in the game. If players can work towards unlocking Brewster and his coffee shop, or a beach clubhouse owned by Kapp'n, why not allow it? These are the kinds of objectives that kept me playing New Leaf for more than a year, and achieving them was a tremendously satisfying experience for me. These objectives, aside from customization, are absent from New Horizons, which is a disappointment.

New Horizons is also in desperate need of some new and interesting content. While the changes Nintendo has made to the game are welcome, it would be nice if the developers updated the game's events so that they have more depth and aren't as simple and generic as they are now (for example, Toy Day only requires you to give random gifts to villagers rather than figuring out what each person wants by asking for hints as you did in New Leaf). Even though they have different personalities, villagers also tend to repeat the same dialogue lines over and over again, which makes many conversations tedious. Villagers also no longer assign you to interesting quests such as burying time capsules or delivering presents; instead, they assign you to mundane fetch quests such as "bring me this item."

For the most part, I didn't notice most of these issues during my time spent playing New Horizons in 2020, primarily because I was distracted by the game's positive vibes and didn't realize how severely lacking the game's progression systems and content variety were at the time. After the honeymoon period has passed, and I've spent the last few weeks evaluating the game with a much more critical eye, the flaws in the game have become abundantly clear.